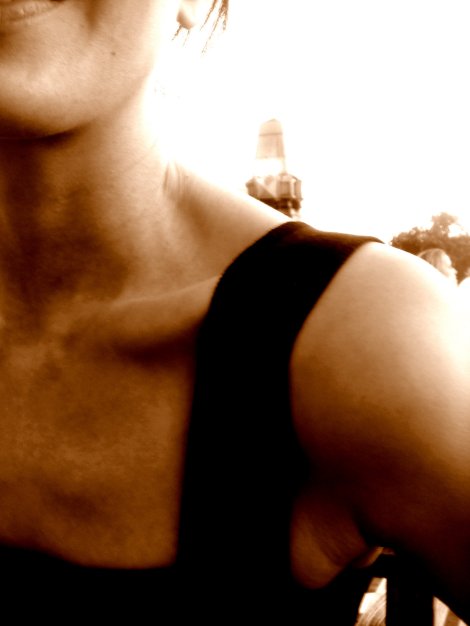 I was as green as it gets. I was about three months into my first co-operative learning experience at Northeastern University. Basically this is a six month period in which students don’t go to school at all, and work within a setting related to their major. And while all the finance majors were off making $20/hour to make photo copies, me and my fellow SPTs were in our various settings working 60 hour weeks, struggling to pay our rents on a little more than minimum wage (there is a reason we went into PT, and it wasn’t to become Bill Gates).

Like I said, I was on my first co-op, and in retrospect, this means one thing; I didn’t know anything. The NU PT program released (past tense because I don’t know if they do this now) 80 or so student PTs into the wild without Gross or Neuro Anatomy, Musculoskeletal/Cardiac/or Neuro Rehab 1 or 2 classes. Now, this is strange in retrospect, because Massachusetts law dictates that co-operative students in MA have the same abilities as PTs accept the ability to evaluate. I was basically higher up in the chain than PTAs (of course my abilities were really up to the supervising PT’s discretion, so I really didn’t do much except shuffle around hot packs and learn).

This is where my supervising PT comes into play. Anne (not her real name) was just out of school. Literally, her first day of work as a PT was 5 days after mine as a co-op student. Timid, unsure, and green herself, I was going to learn from her. In my mind I saw a credentialed and licensed PT and I was excited to learn. There was one problem. My asking of questions seemed to be a threat to Anne. After all, Anne did not go to NU, and had no idea what it was like to be a lowly co-op student. If you read this blog, you can probably tell I love learning and want to know as much as possible. About three months into this experience I had one very specific question that ruined my relationship with Anne.

“Anne, why do you have your patients with shoulder pain do bicep curls?” [remember i literally have only slightly more education at this point that a high schooler]

“If you’re not sure then why do you have them do it?”

Personally, I don’t think that this was quite the correct way to handle the situation on both ends. But, the answer I was looking for was that the biceps tendons provide passive and questionably active stabilization of the anterior shoulder; therefore, having strong and well-functioning biceps are important. Although, I currently don’t think that bicep curls are much of an effective way to do this, all I wanted was a reason and I wouldn’t have even known if she had lied to me. But I’m not sure is never a good reason when it comes to exercise prescription.

The reason I wrote this post was because we need to prescribe therapeutic methods with reason and intention like medicine. Prescribe them to the best of your knowledge, but do it for a reason, and don’t over prescribe like medication either. There’s no way an MD would prescribe a drug ans when the patient asks why they are taking it the answer will never be, “I’m not sure”.

Be sure as you can be based on the foundations you have. If they are changed later that is okay too, we will not always be correct in our thinking. Be open to those who question you and think of it as an opportunity to listen to a new point of view or to spread some knowledge of your own.

One response to “I’m not sure”